This week we interviewed Sara Rajo-Miller, a wealth manager at Miracle Mile Advisors, an independent investment advisory firm based in Los Angeles. Rajo-Miller recalls how putting in the emotional prep work helped her to guide a client out of a tricky situation.

I met with a new client about six months after her husband passed away. She was obviously in a very fragile place emotionally but her challenges were compounded by the fact that her late husband had handled all of the family finances – everything from their investment accounts to their monthly bills. She was overwhelmed at all the tasks in front of her.

During those first few months our meetings felt like they were half financial planning and half therapy. She wasn’t close to her family and didn’t have many friends in the area, so I think she was grateful to have someone to talk to.

About six months into our relationship, she mentioned that she was ready to start dating again – and that she had already met someone online. Her face was glowing with happiness as she began to tell me about him.

“I’m so happy that I’m not alone anymore,” she said. I asked her to tell me a little bit about this new man in her life. She revealed that he was from the U.S., but was currently traveling to Ghana in order to collect an inheritance given to him by his brother – an inheritance that was partially in the form of diamonds. The more she told me about this man, the more I doubted that this man was genuine.

Nothing, however, prepared me for the surprise I felt when she told me she had already sent him $10,000 because he claimed that he had lost his passport.

At that point, I was pretty convinced that this supposed boyfriend was actually a scammer. But I also knew that my client was in a fragile emotional place and that if I came right out and told her this man was a con artist, she might not be able to hear me.

Instead, I told her that the situation raised some red flags for me. I asked for her permission to look into the situation further, and she agreed – but I could tell she wasn’t really listening. Over the next couple of days I researched this man. I looked at some documents he had sent her, in which he’d allegedly named her as a beneficiary on his inheritance account. They were riddled with grammatical errors and misspellings. 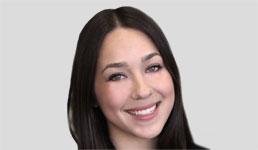 Then I found an article released by the U.S. Embassy that warned Americans about scams like this; it was an exact description of her situation, from the first meeting online to the diamond inheritance to the lost passport.

I wrote her an email laying out the facts and detailing my concerns. I told her that I knew this wasn’t what she wanted to hear but that as her friend and advisor I felt a responsibility to warn her that this person wasn’t who he claimed to be.

She didn’t respond to my email, so I called her up the next day to set up an in-person meeting.

The meeting was an emotional one but I was grateful to see that my client had taken my concerns to heart.

Over the next couple weeks we talked another five times, either on the phone or in person. By that point, she had finally accepted that this was a case of fraud, but she still needed my support to deal with the emotional fallout.

Looking back at the situation, I’m so glad the client told me about this man relatively early in the relationship. If she hadn’t, it’s possible that she could’ve continued sending him money over a much longer period of time, putting her retirement savings at risk.

I believe that the reason she felt comfortable letting me know what was going on in her life was because I’d spent the previous six months getting to know her, not just on a financial level but on an emotional level as well.

That emotional work was important in another way: It helped me understand that I had to tread lightly in order to get this client to trust me and not just shut down when I had to give her bad news.