Voya Wants to Be on the Radar for Big-Team Breakaways

In the past year, Voya Financial Advisors has been looking to raise headcount without lowering productivity. Such a tight balancing act has led, according to company officials, to big increases in staffing and a late-year flood of recruits.

But will the Des Moines, Iowa-based network of 2,200 independent reps, which manages about $12 billion, be seen as an attractive roost for more discerning wirehouse rainmakers looking to break away?

Wealth-industry consultant Bevin Crodian thinks New York-based parent Voya Financial may be on to something with its FA-expansion plans. In particular, he sees the wealth-management arm’s strategy to focus on quality rather than quantity in its recruiting as a smart long-term effort. “But that’s a very crowded field,” adds Crodian. “Everyone from wirehouses to larger independent RIAs are out to recruit the same sort of experienced and top-producing advisor.”

For its part, Voya says it wants to steer clear of bidding wars for top talent. Crodian, a former Wall Street broker, believes that’s possible if the broker-dealer’s recruiters keep targeting seasoned team leaders who are seriously considering succession planning or working at maturing practices that are struggling to reach scale. “These are the types of advisors who value service flexibility and customized support,” he says, “and who aren’t necessarily looking for the biggest signing bonuses.”

Only time will tell if keeping tight control over compensation to lure new advisors into the fold will prove a winning recruitment strategy in a highly competitive U.S. marketplace. But the indie network does report continued momentum in asset growth. So far this year, the wealth-management unit has seen a 25% increase from a 2014 record in assets under management, says group president Tom Halloran. Since introducing its wealth-solutions advice platform in late 2013, Voya Financial Advisors reports that assets have risen at an average annual clip of 22%. More important, Halloran points out, the group’s average productivity per advisor has improved by about $50,000 a year.

As it gets bigger, Voya officials downplay their network’s yearly headcount gains, which they say have averaged around 3% over the past three years. Still, last year alone the unit grew by 274 new FAs. Andre Robinson, head of advisory services for the group, says preliminary figures indicate that 197 recruits have signed up as of November of this year. That count has been boosted by a late 2015 uptick. Last month, the firm added 17 new advisors, a new monthly record.

The first quarter of 2016 also looks promising, Robinson says, with the network already making plans to add several large teams from wirehouses and independent firms. The need to accommodate more resource-intensive and experienced teams, he adds, has prompted Voya to boost support-staff levels by about 40% this year. 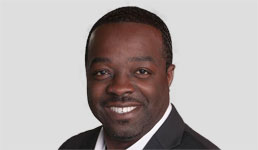 Much of that late-year push is being credited to Voya’s creation of a corporate RIA option for affiliated advisors. The hybrid platform, which launched in September, is being offered as a custody play to let FAs control their own operations while tapping into the company’s varied brokerage and wealth-management lineup of support services.

Such an alternative program should help Voya Financial Advisors compete on a more level playing field with independent broker-dealer rivals like Raymond James and LPL Financial that also support multiple affiliation models, observes Bill Butterfield, an analyst at the Boston-based consultancy Aite Group. “Giving advisors who want to break away or remain independent more choice in how they affiliate with a larger network,” he says, “should only help open more doors for Voya’s efforts to recruit and retain top-tier talent.”