Developing evergreen relationships with members of the media can suck time and money away from serving a growing practice’s real meal ticket: its clients.

Sure, arranging interviews and making sure follow-ups run smoothly can be irksome. But advisors who are experienced at cultivating close ties with journalists say it’s a process that can help to polish a firm’s image and separate them from the pack as thought leaders.

Along these lines, many FAs are finding ways to cut through much of the paper chase involved in such a pursuit. New services taking advantage of emerging online technologies promise to dramatically lower the number of phone calls and follow-ups required to interact with journalists. At the same time, these interactive portals are promising advisors more control over how they’re portrayed in the media.

Before getting too consumed by LinkedIn, Twitter or automated services specifically designed for wealth managers, start with the basics, says advisor Paul Tanner in Fort Lauderdale, Fla. For example, the head of Las Olas Capital Advisors, which manages about $400 million, suggests presenting yourself to journalists as a problem solver.

One of Tanner’s current investment themes is taking advantage of market opportunities created by the diminished state of natural resources — like last week’s leak of toxic chemicals into the Colorado River. That triggered headlines about endangered water supplies, even as California and other western states cope with long-term drought conditions. 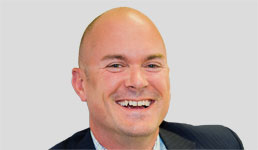 Tanner uses social media to highlight articles on the rising costs of water and the growing fortunes of companies focused on this high-demand resource. “It’s not about connecting with the right messenger as much as figuring out what the right message is for your firm,” Tanner says. “Everything else will follow.”

Other advisors — like Dan Lash, a partner at VLP Financial Advisors in Vienna, Va., — succeed by promoting more universal themes among reporters. VLP, which runs about $475 million, uses LinkedIn and Twitter to share views on how to manage workplace-retirement options.

As a direct result of these efforts, Lash worked with a reporter from USA Today on a piece about optimizing 401(k) plans. Other outlets such as CNBC and The Wall Street Journal have also used him as an expert source for stories on everything from strategic asset allocation issues to philanthropic planning.

Besides keeping his focus long-term in nature, Lash has turned to the Financial Planning Association’s newly revamped media-matchmaking service. Before, FPA staffers had to manually sort through interview requests and match them via e-mail with each advisor. Now, the portal has been fully automated, according to Ben Lewis, the FPA’s PR director. Reporters can go online to fill out a form explaining story ideas complete with deadlines and contact information. Advisors are free to search the Web database 24/7.

The new system is so easy to use for advisors and reporters that Lash typically receives 15 to 20 suitable requests a week. “It’s become our go-to source for connecting with the media,” he says.

Eric Roberge, CEO of Beyond Your Hammock, is using the FPA’s interactive tool as well as one created by XY Planning Network. On balance, he finds the XY Planning Network’s media site better targeted to younger users. “I can use the FPA site to connect with reporters on universal topics like how to invest for retirement and the value of Roth IRAs,” says Roberge, who works on monthly retainers with clients. “But adding the millennial angle offers us another opportunity to address those same topics in a way that reaches a different type of audience.”

Still, VLP’s Lash warns that creating robots to simplify and speed up ties between planners and journalists isn’t a be-all, end-all process. He says such tools are best used as part of a broader social-media campaign where reporters are invited to follow an FA’s postings on Twitter and LinkedIn.

And no matter where the source is found, he makes sure to whittle down responses to interview requests to no more than one or two a week. “I want to have something substantive to offer,” Lash tells us. “My goal is to be a resource, not someone who just blabs to get his name in print.”