Firms are giving them a sense of control, while keeping assets in-house.

According to a recent report by Cerulli Associates, nearly 30% of high-net-worth investors — defined as those with $5 million or more to invest — think of themselves as managing their own money. And half of the HNW individuals Cerulli surveyed, including some who employ an advisor, had an average of $500,000 to $1 million in self-directed portfolios. With robo-advisors popping up all over, it’s easier than ever to set up such accounts. How can traditional advice shops keep these assets in-house while satisfying their HNW clients’ hunger for independence?

Jonathan Robertson has it figured out. At Abacus Planning Group in Columbia, S.C., which has AUM of $836 million, he is able to give wealthy clients a self-directed experience when they want one, while making sure portfolios under his discretion don’t get mauled by dilettante investing. “We have some clients who pay us because they want us to do everything and others who want to collaborate,” Robertson says. “Recognizing that distinction is important.”

For some clients, collaboration means using software from Santa Clara, Calif.-based Citrix that delivers real-time reports — uploaded as often as they like — on their portfolios, and market data customized to their interests. For others, it means Abacus opens a “play” account over which the clients get discretion. The firm puts a disclaimer into such clients’ Investment Policy Statement saying Abacus has only viewing authority, not trading authority, over the play account, Robertson says. The firm recommends that clients deposit only a small percentage of their total assets in such accounts. “Sometimes we let them use that all on their own, and sometimes they want the ‘play’ account but still come to us for advice even on that,” Robertson says.

Other firms stop short of letting clients do their own trading, but give them ample opportunity for hands-on engagement with their financial plan. For instance, Gerber Kawasaki Wealth & Investment Management in Santa Monica, Calif., recently launched a mobile-phone app called “My Money Page” that lets clients view accounts, modify budgets and receive timely market information — including Gerber Kawasaki’s Twitter messages. “There are people who like the intellectual exercise of investing,” says Ross Gerber, whose firm has $340 million under management. “They want to have some active involvement.” 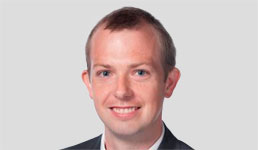 So far, around 1,000 of Gerber Kawasaki’s 3,000 clients have registered for the app, which notifies users when others are engaged in the same activity. That way, all the clients who use the app “become part of a community and therefore better investors,” Gerber says.

About 20% of his firm’s clients are high-net-worth. When they do their own investment research and come to him with ideas, he gives his opinion. But he warns them — as he does friends who manage their own money — that DIY investors earn substantially lower returns on average than those who work with an advisor.

Like Gerber, Edward “Ned” Lubell doesn’t give his clients the ability to trade on their own. His UBS team, based in Palm Beach, Fla., advises HNW clients exclusively and has AUM of $1 billion. But Lubell does offer them online reporting tools and access to their own portfolios’ past-performance data, which he says is “empowering and appreciated.” In addition, says Lubell, online information saves his team time — because advisors no longer have to answer routine questions about, say, asset allocation.

Indeed, the strategy of giving HNW clients some control — but not too much — over their portfolios has sound reasoning behind it. “We do not believe in DIY for HNW clients,” writes Leslie Dunham, vice president of marketing and brand management for United Capital, in an e-mail. The firm has 59 offices nationwide and more than $13 billion in AUM. United Capital offers its wealthy clients personalized online tools, including eMoney Advisor’s client portal. But when the affluent invest on their own, according to Dunham, they have too much to lose if they get it wrong. “We feel the cost of being wrong for HNW individuals is much higher, and that they want to collaborate and work with our advisors, not on their own,” she writes. “They require much more attention, not less.”