This article launches a new series of profiles of large independent firms, with an emphasis on their work environment and people.

He wouldn’t put it this way, but Joe Fusaro’s broken leg exemplifies the culture of competition and camaraderie at Signature Estate and Investment Advisors, an FT 300 RIA that manages nearly $5 billion in assets.

The director of operations at the Los Angeles-based RIA sustained the injury while sliding into base in a softball game. His hurt leg didn’t prevent him from going to work; he simply got a little mobility scooter fashioned with a basket and a bell, so colleagues would know he was coming. The staff got laughs from that — and whenever the pain flared up, Fusaro took some flextime off.

“We don’t track when people come in and leave and how long their lunch hour was,” says Fusaro, who’s almost healed now. “We’re confident that our people will get their work done.”

To get a sense of what it’s like to work at SEIA, you have to grasp its geography. The headquarters has over 35 people in a 9,000 square-foot space, with 16 offices and two conference rooms, on the 16th floor of a skyscraper in Century City. And SEIA has expanded that space twice in the past five years as it’s grown in staff and assets under management. 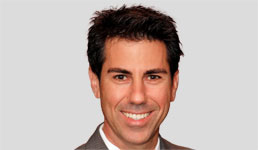 The firm has 16 advisors in five locations. Besides HQ, SEIA has offices in nearby Irvine, Redondo Beach and Pasadena — and one office clear across the country in Tysons Corner, Va. All the advisors gather quarterly at an offsite meeting, and staffers from the various locations visit Century City as needed for internal business or to see clients.

Workdays are rarely identical, and hectic days are not uncommon, according to CFO and founding partner Gary Liska. He likes to wake up early and check the morning’s financial news before arriving at work, usually between 8 and 8:30 a.m. Some mornings, he stops by a client’s house on his way to the office. For instance, on April 20, he honored a client’s e-mail request to join her for coffee at her nearby home while reviewing charitable accounts. Other days he meets with small-business owners where they work.

In the office, Liska often has five scheduled phone calls and two or three face-to-face meetings with clients. When not with clients or his fellow senior partners, he checks in with the firm’s departments to keep track of developments in marketing, trading, new business and accounting. Days get hectic when the markets gyrate and clients panic, or tax season enters crunch time and accountants need last-minute paperwork. On occasion Liska stays in the office through 7 p.m., although staff members typically leave around 5 p.m.

“At my core, and my partners’ core, we are wealth managers and advisors,” Liska says. “Our days are pretty packed full with client service.”

But it’s not all work at SEIA, he adds. The firm hosts a few parties a year. April 22 was the annual staff-appreciation event, which this year included bowling. Staff and their families are invited to a holiday party every December. Finally, there’s an annual client-education event that features guest speakers on economic and market updates, and unfolds at a resort or high-end restaurant. On a more regular basis, staffers at headquarters enjoy the assortment of food trucks that park outside the building and serve various fusion cuisines.

Personal wellness is another perk at SEIA, according to Andrew Lin, a relationship manager who oversees business development. The firm has brought in dietitians, masseuses and fitness professionals who conduct hour-long sessions on staying in shape. Staffers also participate in blood drives, he says. Philanthropy is another workplace initiative that appeals to Lin. The firm contributes to a couple of charities through its donor-advised fund, and Lin says staffers have had the pleasure of meeting local children who benefit from their donations.

The combination of a familial atmosphere and a competitive service offering is why SEIA has grown steadily over the past decade, according to Lin. His role encompasses marketing, recruiting and coordinating with third parties such as custodians and broker-dealers. “We didn’t set out to take over the world, we set out to do what’s right by our clients,” he says. “That foundation has bled over internally into how we treat each other and care for each other.”