Concierge medicine used to be a perk reserved for the super-rich. No more. When clients worry that spiraling health care costs will undermine their retirement, advisor Matthew Brennan steers them away from traditional medical coverage and toward concierge doctors who work on retainer. “This isn’t just a service we’re finding a necessity for ultra-high-net-worth families anymore,” says the partner at Reston, Va.-based Acorn Financial Services, which manages $500 million. “Concierge medicine is becoming a cost-effective alternative to high-priced medical care for all of our clients.”

In past decades, concierge practices were few in number, and the cost of 24/7 access to health care ranged from $5,000 a month for having one’s own primary-care physician on call to $100,000 a month for unlimited specialist treatment, says Michael Tetreault, head of the Concierge Medicine Research Collective, an independent nonprofit in Atlanta. Now, according to his group’s recent research, there are about 12,000 practicing concierge doctors around the country — and patients can pay a monthly retainer of around $135 for basic care. “Costs for concierge medical services have come down dramatically in the past decade,” says Tetreault.

The reasons are numerous, say experts. The formerly exclusive business model is moving downmarket to serve a population struggling with medical costs and needing care for more years. At the same time, doctors are finding that forming a concierge practice is an attractive alternative to working in a large medical clinic or hospital. “By forming their own practices, they get to work with a smaller number of patients without sacrificing any income,” says Michael Chesser, executive director of the American Academy of Private Physicians, a trade group based in Indianapolis. And they don’t have to deal with the insurance paperwork that consumes so much of other doctors’ time, as insurance doesn’t normally cover concierge medicine. 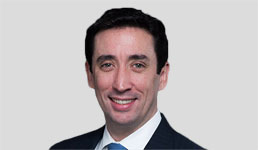 Concierge medical providers are tiering their services to keep up with growing demand from both mass-affluent and high-net-worth families, says Carolyn McClanahan, founder of Life Planning Partners in Jacksonville, Fla. A former emergency-room doctor, McClanahan charges a retainer for her financial-planning services, overseeing assets of $104 million.

Some of her clients go to nearby concierge generalists for as little as $50 a month for routine checkups and other primary care. Others buy more comprehensive packages offered by a local branch of the Mayo Clinic. These can cost around $500 a month and make sense for people suffering from conditions, like cancer, that need intensive monitoring. “Services are being packaged in a lot of different ways, and people really have to make sure they understand what they’re getting,” says McClanahan.

Advisors shouldn’t get into the business of recommending doctors, experts say. Rather, they should put concierge medicine on clients’ radar as a financial option and let them do their own due diligence. Brennan of Acorn Financial has used MDVIP.com to keep up with local concierge doctors, because he finds the extra service helps separate his practice from the pack.

Concierge medicine is especially appealing to clients whose employers offer only so-called catastrophic health insurance, he says — high-deductible coverage that pays for hospitalizations and expensive procedures. But he says even clients whose employee health plans cover routine care complain about rising copays and tougher restrictions. Clients on Medicare, too, find their benefits cover a little less every year.

Brennan tells couples to assume they’ll need to set aside at least $1 million for out-of-pocket medical expenses in retirement — $10,000 a year, inflated at a yearly rate of 6% over about three decades. “We aren’t trying to give anyone a heart attack,” he says. “But as a risk manager, we think these are very conservative assumptions that people need to discuss and come to grips with before they retire.”

As a result, he no longer draws up a financial plan without suggesting the client check out concierge doctors. “A lot of the more popular practices around the country are already closing membership,” Brennan says. “So we’re making a point of educating our clients about the potential benefits of concierge medicine, whether they need it now or not. It’s something we feel should be on their radar.”