Ask the head of advisor recruitment at Edward Jones how the firm is doing, and John Rahal rattles off reasons why it’s the place to be.

For starters, Edward Jones has the largest branch network in the U.S. and Canada of any broker-dealer. The firm expects to grow by 800 net new advisors this year — 300 of them lured away from competitors — to reach a roster of 14,000 in North America. Unlike many rivals, the firm did not lay off swaths of advisors during the financial crisis. Oh, and Edward Jones celebrated Veterans’ Day by announcing it has hired 1,250 military veterans since May 2012.

Rahal doesn’t even mention that for the last six years, Edward Jones advisors have placed their firm No. 1 in J.D. Power and Associates’ annual ranking of employee satisfaction among financial firms. “We pride ourselves on being the only partnership on Wall Street of the major wirehouse firms,” he says, grouping Edward Jones with Merrill Lynch, Morgan Stanley, UBS and Wells Fargo. “I don’t believe any of our competition is hiring at the level Edward Jones is.”

Compared with the other big brokerage names, Edward Jones tends to keep a low profile. Its reputation is that of a Main Street provider of friendly financial advice to mass-affluent clients. But as Rahal’s usage suggests, it thinks of itself as a Wall Street powerhouse, and in recent weeks it has sent out surveys to gauge public perception of its brand.

The firm has its detractors. Although Rahal predicts more than half of the FAs he’ll snatch from rivals this year will come from the wirehouses and Ameriprise, those firms are poaching high-producing Edward Jones advisors, too. It’s certainly not the only brokerage with a robust veteran-recruitment initiative. And some advisors who’ve left Edward Jones to go independent speak of it less than fondly.

The firm’s culture can be borderline toxic, according to John Lindsey, a former general partner and top producer at Edward Jones. To be sure, he has reason to be bitter. When he left in 2012, the firm claimed he took client data with him and wanted $5 million in return. Finra arbitrators denied the claim. He now runs Lindsey and Lindsey Wealth Management with his daughter in Westlake Village, Calif. He oversaw $170 million at Edward Jones and kept 70% of his clientele, Lindsey says, and his new firm is up to $140 million in assets. His distaste for his former employer spurred him to launch The Bold Advisor, a website that helps captive advisors break away.

“I left because the Kool-Aid wore off,” he says. “Edward Jones doesn’t take care of advisors; it takes care of management in the home office.” Like Rahal, he thinks Edward Jones is just like a wirehouse — only he doesn’t mean that in a positive way.

Lack of freedom while serving clients and difficulty attracting wealthier prospects led Mike Sharples to leave in 2010 and found MKS Wealth Management in Durham, N.C. The LPL Financial-affiliated advisor would not reveal his AUM but says he’s making more money than he did at Edward Jones. Although his former employer didn’t force him to steer clients toward specific products from third-party vendors, he says, the firm did reward him for offering clients as many high-margin products as possible.

Those dreary accounts are alien to Jeff Allen, a Tacoma, Wash., advisor who left Wells Fargo in September 2013 for Edward Jones, keeping 90% of his clients. Today he manages $60 million from an office that consists of himself and a dedicated assistant — a drastic change from the Wells Fargo office where he sat alongside other advisors. 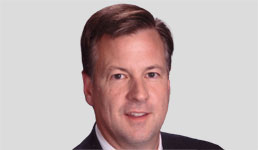 Jeff Allen
He left because he felt the culture had deteriorated, he says. Allen started out at A.G. Edwards & Sons, which he says had helpful support staff and management until Wachovia acquired it. Then, after Wells Fargo acquired Wachovia, the bank laid off support staffers. Advisors increasingly competed for assistants, and quick solutions from back-office staff evaporated, he says. Advisor payouts also dropped, even as client fees rose. Meanwhile, pressure to cross-sell ramped up.

“We actually had someone come in and say, ‘Everybody as a client should have a line of credit,’” relates Allen. “I thought, ‘I spend time thinking about how to get my clients out of debt, not in debt.’”

That sort of thing doesn’t happen at Edward Jones, he says. And having his own assistant gives him time for little things like client-birthday calls and Thanksgiving cards, which can cement relationships. Plus, despite being in his own office, Allen says he talks with other advisors more often now than at his old firm. They call each other to share tips and meet a few times a year at regional training events.